With the Tokyo Olympic Games less than 200 days away, Australia’s Olympic Pistol athletes have stepped up their preparation for the Games with an intensive month-long training camp at the Brisbane International Shooting Centre (BISC) in Belmont. 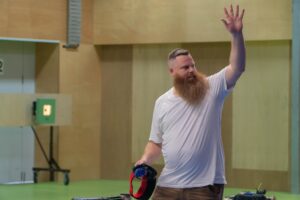 The camp will culminate with the athletes competing in the BISC Cup on January 29-31, which is also the first selection event for the Junior World Championship scheduled to be held in Peru between September 25 and October 10.

Coach Galiabovitch said the camp was an important step in the preparation for the Tokyo Olympics after the COVID-19 pandemic postponed the Games and saw all national and international competitions cancelled after the selection of the Australian Olympic Shooting team last April.

“Because of border restrictions, this is the first time we have been able to come together to meet and practice as a team,” said Galiabovitch. 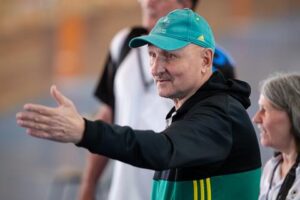 “The athletes have been restricted to shooting at their local clubs and it was more difficult for Victorians Elena and Sergei who were in lockdown for a significant period of time. Therefore, they were only able to do dry firing or train with a simulator of live shooting – the SCATT training system.

“This system provides athletes with feedback on the quality of the technical outputs for each shot on a computer screen, reveals the steadiness of their firearm in an aiming area, and traces the firearms movements before and after a shot,” he added.

“For most of the athletes, this camp will allow them to practice on the ranges with electronic targets for the first time in nine months while acclimatising to hot and humid conditions which we will experience in Tokyo.”

After the BISC Cup, the Olympic Pistol athletes will contest four domestic competitions before heading off to the Tokyo Olympics.

The domestic Pre-Olympic competitions which are part of the Shooting Australia Performance Series are: