Vladimir Galiabovitch knows the value of patience and persistence.

In today’s fast-moving world where immediate results and instant gratification are so often expected, Galiabovitch is a throw-back to the days where lessons are taught over time and where experience and perseverance is ultimately rewarded.

As Shooting Australia’s Head Pistol Coach and in a sport where precision is measured in millimetres over 10m, 25m and 50m, Galiabovitch is prepared for the long game.

“The most important part for an athlete in any sport is to be patient on their way to success. People who have patience, who love their sport, and who have good supporters are usually successful,” said Galiabovitch.

Galiabovitch knows what he is talking about. Unlike many eastern European sports coaches such as swimming’s Gennadi Touretski, who were specifically approached to head coaching roles in the 1990’s ahead of the Sydney 2000 Olympic Games, Galiabovitch’s pathway into elite sport in Australia commenced as a result of a medical necessity.

In months following the birth of youngest daughter Elena in 1989, she became unwell.

Relatives of Galiabovitch’s wife, Victoria, advised her of immigration opportunities in Australia. Two years after making the nine hour journey to Moscow in the bitter cold and deep snow of November 1992, to lodge an application, the family jetted into Melbourne.

“We finally arrived in June 1994 without any language, without a dollar in our pocket. You could not imagine,” said Galiabovitch.

“At that time there was some financial assistance for our family provided by the Department of Social Security. This greatly assisted us before we got jobs,” he said.

Despite graduating from the Belarussian University with a Master’s Degree in Physical Culture and Sport with a specialisation in Shooting, and a Master’s Degree and Mathematics and Computer Science, finding appropriate employment was difficult.

“I started to do any available work such as a distributor of advertising materials, casual worker at a  plastic factory, a seller on the market, and a cleaner,” he said.

“I put a lot of effort into my CV but unfortunately they (New Zealand Shooting Federation) did not invite me for an interview. But, to my knowledge, they asked Shooting Australia who is this person?” he said.

“Then in the beginning of 1995 I was invited to Adelaide for the Pistol national training camp with the top athletes and top coaches of Australia. It was a huge surprise for me,” he added.

With the countdown to the Sydney 2000 Olympics continuing, the Olympic Athletes Program was established and in 1996 Galiabovitch was appointed Elite Pistol Coach.

After the 1996 Atlanta Olympic Games, the Olympic Athletes Program started as a permanent program at the Australian Institute of Sport and coaches and athletes were relocated to Canberra.

Despite Annemarie Forder winning a bronze medal in the 10m Air Pistol, Michael Diamond and Russell Mark winning gold and silver medals in Trap and Double Trap at the Sydney Olympics, the Olympic Athletes Program was suspended after the Games and Galiabovitch was again forced to find alternative work.

“I was very proud of this program and we were successful,” he said.

In 2002, he was working as a Computer Programmer for Telstra when Pistol Australia appointed him National Coaching Council Director and National Development Coach –  roles he held until 2009.

He then worked as Head Pistol coach in Iran, Singapore, and Kuwait before returning to Australia in 2013 to take over as Shooting Australia’s Head Pistol Coach after Anatoly Babushkin stepped down from the role.

“I was very happy to come back home and work for my country. It is a real honour,” he said.

While Australian Pistol athletes did not rise onto the medal podium at the 2016 Rio Olympic Games, it was a special Games for Galiabovitch as his daughter Elena competed in both 10m Air Pistol and 25m Pistol.

Then two years later, he was there when Elena claimed bronze in the 10m Air Pistol and silver in 25m Pistol at the 2018 Gold Coast Commonwealth Games.

In July, the father-daughter pairing will be in Tokyo for the Olympic Games along with Repacholi, Dina Aspandiyarova who will attend her fourth Olympic Games, while Evglevski, son of Yauhleuskaya, will make his Olympic debut. 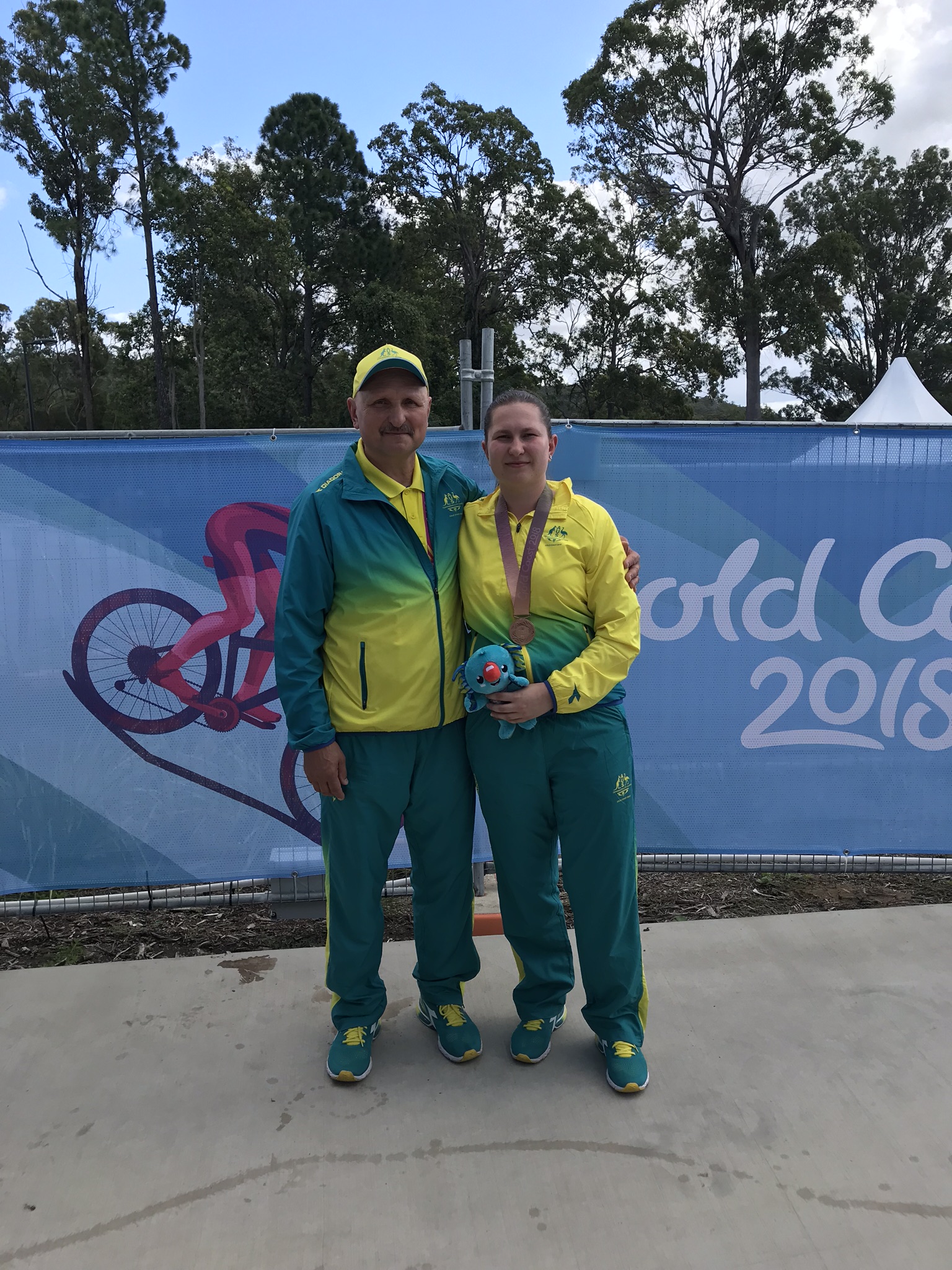 The COVID-19 pandemic has played havoc with all sport but Galiabovitch believes the postponement of the Tokyo Olympics by 12 months will assist his athletes.

“I think it is very beneficial for our group. We’ve been able to set up a group training environment at training camps,” he said.

The camps have become a necessity as the athletes are unable to travel overseas for pre-Tokyo competitions while international competitions have been limited to online contests.

Galiabovitch would prefer to travel overseas, if it were possible, prior to Tokyo saying; “To have face to face competition is a different story because people need exposure to the environment of being there on the line and shoot around athletes from other countries.”

“I am very happy with my athletes and proud of what they have done in their lives and they have a huge drive to perform at the Olympic Games,” he said.

And driving their ambition is a patient Galiabovitch.